When looking for ways to repair your credit, don’t pay a company for a service that you can do on your own. Actually, you can repair and improve your credit worthiness on your own for free, at least this is what the Federal Trade Commission (FTC) has to say.

The FTC warns people wanting to have their credit repaired of some of the most common, but equally captivating tell-tale signs of fraud – a scam; wherein companies claim to have bankruptcies removed from an individual’s credit report prematurely, or rid his or her file of liens, judgment as well as bad loans permanently. However, if FTC attorneys are to be believed, then there’s not a single legitimate credit repair organization that would make such too-good-to-be-true claims.

What made the FTC say so?

The FTC has hit the ground running of late because it reached a settlement with RMNC Credit Service Inc., one of the major credit repair companies in the nation, on charges of credit repair fraud. The company is based out of Texas and is run by Doug and Julie Parker, a team comprising the husband-wife duo. They accepted the charges leveled against them, one of them being that they lied to the credit bureaus regarding information related to their client’s reports and that they illicitly collected compensations prior to performing any fruitful services, the FTC reported.

It did not stop there, RMNC Credit Services Inc. billed consumers to the tune of $40 million in the form of advance fees citing costs for the services rendered by it. The fraudulent credit repair agency reportedly sent over one million fake letters to the credit bureaus. These phony letters were sent using the names of their customers, but were actually, sent by its own employees. Its employees have been accused of using baseless reasons to dispute negative items or trade lines in their client’s credit files and also of defrauding the credit bureaus. For instance, the agency used terms like “creditor agreed to remove account”, or “not my account” to dupe the credit bureaus in removing such negative items from their consumer database as well as from the credit reports.

On settlement, the RMNC is expected to pay-up $2.35 million in the form of civil penalty slapped by the court. Being a defendant to the lawsuit, RMNC might even have to suspend its operation to a certain extent because of its inability to honor the court’s directive, i.e., incompetency to make the payments, after having paid two installments worth $400,000 in total.

The FTC further added that the accused firm has violated federal law by levying charges of about $2,000 as an upfront-fees for a six-month’s credit repair program. They also sent false statements to the credit bureaus to dispute the authenticity of negative information in their client’s credit report

How do you protect yourself credit repair scams? The FTC guides.

The FTC has laid down the following strategy with which you can steer clear of all credit repair scams while you repair your credit-worthiness through acceptable means:

1. Inform the concerned credit reporting agency about the information you deem as incorrect or wrong, in writing, in the form of a letter.

2. The letter has to be sent to your creditors or any other credit information provider about your intention to dispute a particular item shown your credit report. However, you must substantiate your claims with proper proof and for that, you should furnish copies (not the originals) of your supporting documents in order to establish your case legally. A lot of credit information providers have a separate address to resolve such discrepancies.

In case, the provider reports the disputed items to a credit bureau or any other consumer reporting company, then that creditor has to include a copy of your dispute letter. However, if the providers’ information regarding you is found to be incorrect, then such a negative tradeline should be dropped from your credit file at once and must never report that item ever again.

As per the law, you have the right to obtain a free credit report, in case of a company allegedly resorting to adverse actions against you. This could be rejecting your job, insurance or credit applications. But, you must ask for the complementary copy of your credit report within 60 days of receiving any such notice.

Equifax, TransUnion and Experian – And your free credit report

Credit report and the negative items

How long will negative items show on your credit report

However, all forms of information related to your unpaid judgements will get reported for seven years and not more than that or till the SOL (known as the Statute of Limitations) is valid, whichever is longer.

When trying to get your credit repaired, if you don’t get any co-operation from the credit bureaus or from the credit reporting companies, then you can file a complaint with the FTC. Though the FTC doesn’t resolve individual cases, yet it does take action against a company, if it finds repeated instances of law flouted by them. To register your grievances, you can visit ftc.gov/complaint or call 1-877-FTC-HELP.

Finally, you should get everything in writing from the credit repair agency, if at all you want to buy their services. Still, its always advisable to repair your credit on your own, as their are numerous ways to bounce back from an interim financial setback. 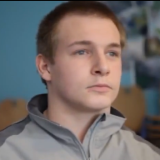 Andy is a financial writer whose articles are based on personal finance. You can visit here for more info : https://www.ovlg.com/credit-repair/